Music Women* Germany is thrilled to announce the first FEMALE* PRODUCER PRIZE! Apply now through April 18 to become one of the five winning music producers* 2022.

By female* we mean all female-identifying and non-binary individuals.

Are you a female* music producer on your way to professionalism or are you already in the game and want to get into the successive league? Are you eager to release at least three productions by the end of the year and want to be sustainably supported?

You can find the application form HERE.

If you have any questions you can reach us at: producerprice@musicwomen.de

Here are our conditions of participation, data protection and legal information.

WHAT THE WINNERS CAN EXPECT

>> A feature as woman* of the month by Music Women* Germany

>> An Ableton Live 11 Standard license plus 50% discount on Push2

>> Three 1on1 sessions with a certified Ableton trainer

>> A final get-together with all winners*, Sony Music, Columbia, special guests from the music business and Music Women* Germany

The only evaluation criteria will be the quality of your submitted productions and your unique musical signature. Diversity in every respect is what we aim for.

We are happy to welcome to our jury:

Jovanka v Wilsdorf, co/founder of the DIANA AI Song contest, Songwriter at BMG, and co/producer of various major albums. Board member of MW*G

A big Thank You goes out to Sony Music for sponsoring the prize money and the producer workshop, Ableton and Thomann for the valuable extra prizes and Keychange for the good cooperation!

Special thanks to the BKM and the Reeperbahn Festival for the great support! 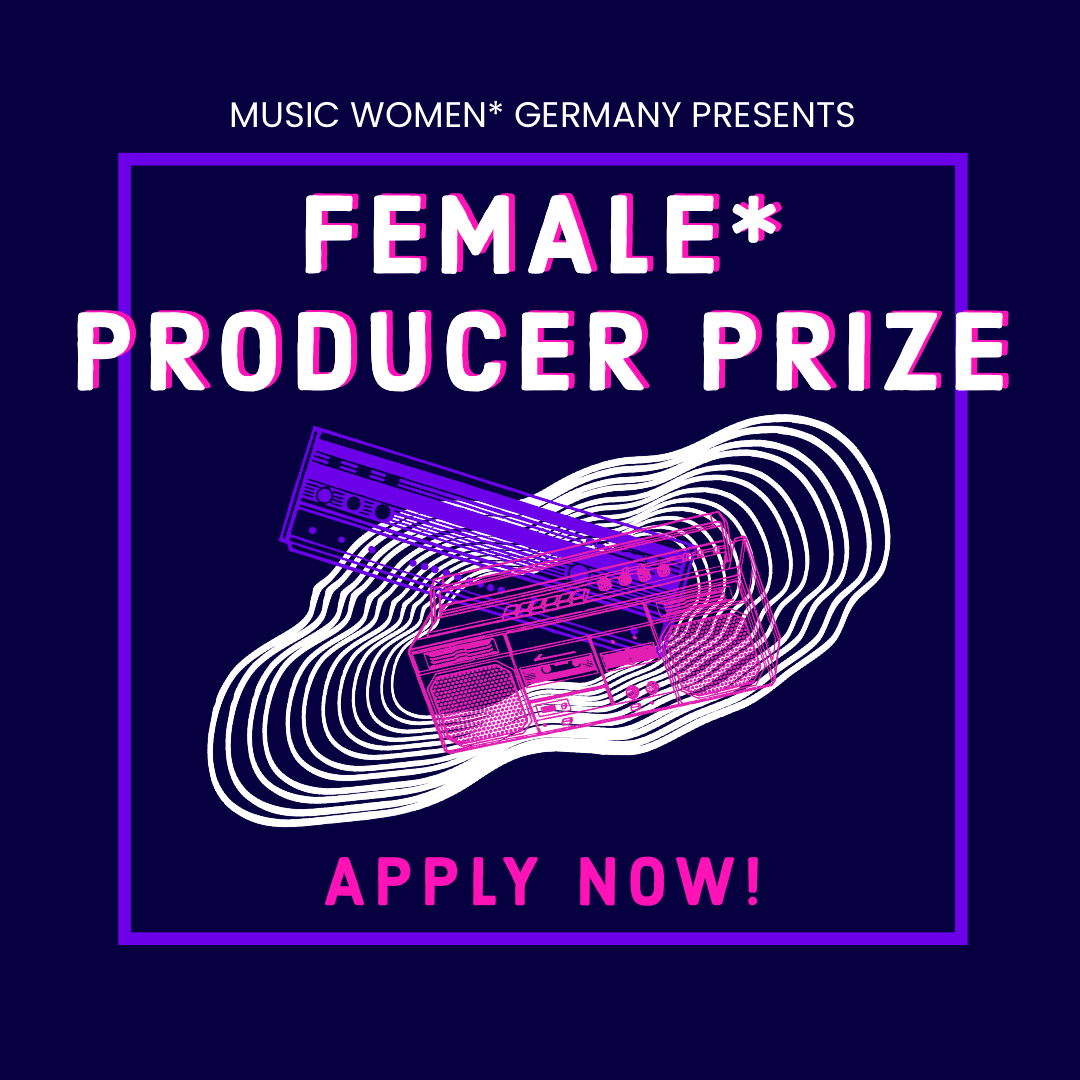